Initiation » I am willing to be the answer?

I am willing to be the answer?

Started in Herrnhut, Germanys century 18, the continuous movement of prayer (24 hours) Moravians call lasted for nearly 100 years, and they prayed not for what they were not willing to be the answer.

Two young Moravians, from 20 years heard about an island in eastern India whose owner was a British farmer and atheist, this was taken from the forests of Africa over 2000 people and made them his slaves, these people would live and die without ever hear of Christ.

These young men made contact with the owner of the island and asked if they could go there as missionaries, owner's response was immediate: “No preacher, no clergyman would come to this island to talk about this nonsense”.

Then they came to pray and made a new proposal: “And if we were their island as slaves forever?”, the man said he would accept, but not pay even transport them. So young people have used the value of its own sale to fund your trip.

The day we were saying goodbye at the port of the prayer group and their families from all the crying was intense, they knew

that never again would see those beloved brothers, when the ship took a distance they both hugged and shouted his last words that were heard:

“THAT lamb that was slain RECEIVE THE REWARD OF HIS SUFFERING”.

Perhaps like me you thought fast and pray for the lives it was a great achievement, but always has a story like this to show us that we do the minimum and that is to always do more.

Are we willing to offer ourselves as a sacrifice to the Lord for the lives?

Many of us desire the salvation of family, Friends, neighbors, coworkers, but often we idly by and do nothing.

We have much to learn from the Moravians. First, they knew only through prayer could succeed in what they were doing. They did not pray for anything that had not themselves willing to be the answer than asked. Maybe you ask the salvation of his family, friend, known, but, you're not willing to be the answer to this prayer. Do not give testimony in home and in front of friends. Not honor the Lord with your words and attitudes, talk about any subject under the word of God.

What better way to show people with whom you live God's presence in your life is not through changing what He did for you!

Furthermore, the Moravians had paid the price and perseverance. They prayed continually and did it during 100 years.

It's no use wanting very specific thing and not being willing to pay the price, every victory has its price! Prayer, fasting, read the bible, represents testemunho, resign. We also, persevere in prayer even though in our eyes it seems that is taking, have courage!

Another important factor is to have. Have to give a word of encouragement, comfort, to someone in need, take time to visit, pray for the lives! The word of God tells us that faith without works is dead, we must put our faith into practice.

Does the lamb is being honored through my life? Will my actions are making the sacrifice of Jesus is worth?Am I willing to leave my laziness and donate some of my "precious time" to those being enslaved? Am I willing to be the answer to my own prayer?

Learn from the Moravian: Have a life of constant prayer, pray for the lives, jejue, and be willing to speak the word to those in need.

Thus Christ's sacrifice will be honored through his life. 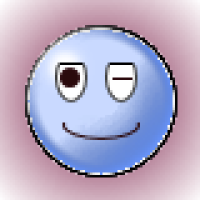 Permanent link to this article: https://www.skooterblog.com/2009/01/30/estou-disposto-a-ser-a-resposta/

I am very feliz'pois found here many answers to my life of evangelism and healing of the soul of the people. Thank. God bless

I went to look for an alternate site to dealextreme, I'm already looking for reloginhos ION WATCH FOR 3atm and is 1ATM. And I received word that this was a refreshment to me. Deus te abençoe.

Here is the full story of these two missionaries, the first Protestant missionaries in history: http://timedecristo.wordpress.com/2010/05/19/os-primeiros-missionarios-cristaos-protestantes/

wpDiscuz
3
0
We would like to know what you think, Leave your commentx
()
x
| Reply