Today while browsing the site Uol, I came across a story that caught my attention, which made me come here and pass this news along (for those who have not seen) e ao mesmo tempo saber da opinião de vocês.

We know that the world is in crisis, the subject of this year is, and by the way seems to be far from forgetting him. Multinational Companies, famous and even the small sizes (EPP) many employees are dispensing, some are even closing their doors, and this is not specifically for certain types of companies, but to every branch employment, especially to places where the number of employees is large, causing not only employers who are having very low profits, as employees who are losing their jobs jeopardized. Is a hierarchy, if the top is affected, logically the others will also be. Like a domino, one leads the others fell along.

I mean in the sense of excellent professionals who are being laid off, and in their place are being placed or left some who do not have much experience in.

Some teachers were dismissed because of so famous crisis that we are living, and in their places were left today for teachers who lose their jobs do not accept the option of remaining working, but having to teach many times for different courses, to matters that are not specialized and up to three subjects in different classes in the same semester. If they are unsure, we imagine!

But when reading the stuff of Uol whose theme is: Giving up the postgraduate or MBA now might be a big mistake , I can say that gave me a little “cheer” for I will not give up my career, not that it has passed my mind, but the best thing to do at this time of crisis is not to stop studying, é a hora de investir ainda mais nos estudos, because, is prior to “sieve” was great for the job market, imagine what will henceforth be!

Many seek with Universities “names”, and are not wrong about that, it helps a lot when reviewing your resume, but there is one story that I think many have heard : “Who does the college, is the student!” So prepare, because if the story before it was thus, vamos ter que trabalhar dobrado para conseguir uma boa colocação no mercado de trabalho e na vida profissional. 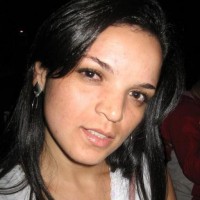 Permanent link to this article: https://www.skooterblog.com/2009/02/05/desistir-da-pos-graduacao-ou-do-mba-agora-pode-ser-um-grande-erro/

wpDiscuz
0
0
We would like to know what you think, Leave your commentx
()
x
| Reply